Fly tipping is a major problem in England at the moment. According to local authorities, it cost nearly £50 million to clear up the mess that people left between April 2014 and March 2015. Over that period the number of incidents rose by 5.6%, reaching a total of 900,000. These numbers come from the official data released by the Department for Environment, Food and Rural Affairs (Defra). This is an issue we know all about from our work providing skip hire in Middlesbrough.

A problem that isn’t going away

66% of flytipped waste comes from households. 49% is not black bag waste, but materials from house or shed clearances such as carpets and old furniture. Waste from DIY projects was also prevalent. Commercial waste accounted for 9% of the total. 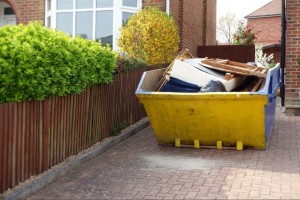 The most common location for fly tipping in England is along the side of highways. These locations account for 48% of the total incidents. Council land, footpaths and alleys also remain common areas for dumping, generally when the area is secluded.

Defra also looked at the typical size of fly tipped loads. According to their figures around 31% of incidents included enough waste to fill a small van. 30% were the size of a car’s boot. This shows that people weren’t just dumping a small amount of waste; over 60% of the incidents included a sizeable amount.

Although the number of fly tipping incidents has risen, so too has the amount of enforcement actions. These rose by 3.1% and saw all kinds of action being taken, ranging from investigations to fines and convictions. Laws could be set to change in the near future with councils potentially getting the power to issue fixed penalty notices to offenders.

Skip hire in Middlesbrough – a smarter way to deal with waste

Fly tipping can be immensely harmful to the environment. Instead of resorting to this illegal and unsafe method, property owners should contact a reliable skip hire provider who will remove the waste and ensure it is managed properly. As specialists in skip hire in Middlesbrough, we do just that and ensure we recycle as much waste as possible so it is properly managed. So, get in touch today to work with experts you can trust.